Mothers’ Night (Modranecht) is a holiday celebrating the Mothers, a group of ancestral, prosperity and abundance-giving goddesses called the Disir or Matronae.  This celebration was on the eve of the Winter Solstice.

Frigga (Frigg) is associated with the Disir/Matronae and is honored on this night.  (Freyja can also be honored here too,  but this is about Frigga, so).

Frigga (Frigg) is the Germanic Goddess of the home, hearth, family, childbirth, weaving, spinning, craft-work, artisans, wisdom, folk magic and fate. She is the Queen of Asgard, First of the Goddesses, Mother of the Gods, Queen of Heaven, Wife of Odin, and Mother of Baldr.  She is a seeress as well and is the only one besides Odin himself who can sit on Hlidskjalf and see throughout all the Nine Realms. 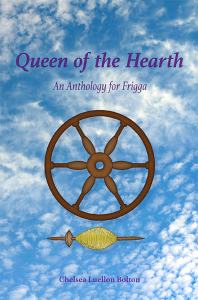 View all posts by jewelofaset